Whatsapp status is one of the most popular and most used features of Whatsapp and with over a billion daily active users, Whatsapp users probably post more statuses on a daily basis than any other social media apps out there.

However, due to privacy concerns and other reasons Whatsapp does not include a default option to save the video or image statuses of your contacts. So, if you like someone’s status you can take a screenshot, but it is not the best solution and it only works for image statuses and not the video ones.

Related: How to get Whatsapp dark mode on Android & iOS

Fortunately, there is a simple way using which you can save the statuses of any of your Whatsapp contacts, both the image and video statuses, by just a simple click of a button.

Just follow the below steps to save Whatsapp status on Android and iOS.

How to save Whatsapp status on Android and iOS

Method 1: How to save Whatsapp status on Android

Download the Status saver app from the Google Play Store and install it on your Android device. 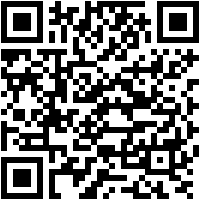 Open your Whatsapp app and then view the status of the contact or contacts you want to save.

Now open the Status saver from your app drawer and then switch between the images or videos tab based on the status you want to save.

You can now either choose to save the status or directly repost it as your own.

The app also allows you to select and save multiple statuses at once by pressing and holding on them to make multi-selection.

Method 2: How to save Whatsapp status on iOS

Unfortunately, there are no third-party apps in iOS that would let you save Whatsapp statuses on your iPhone as Apple’s regulations are pretty strict and such apps get banned from the App store.

However, you can follow the traditional approach of taking a screenshot of image-based statuses of your contacts to save them to your device or to repost them as your statuses.

iOS also has the native screen recorder feature which would let you record a video of whatever that is displayed on your screen, including the audio.

You can use this screen recorder feature to record and save the video-based statuses of your contacts.

All you have to do is to open the video status that you want to save and then scroll down from the top or the bottom of your iPhone screen to access your control center and then select the screen record icon.

You can click the screen icon once again after you have finished recording the status. The video status will now be saved to your iPhone’s gallery and you can view or share it to your Whatsapp status and even trim or crop it according to your needs.

How can I save Whatsapp status video on iPhone?

To save Whatsapp status video of your friends on the iPhone, simply use the native screen recorder option from the control center and record the video status from Whatsapp. The Whatsapp video status will now automatically be saved to your iPhone’s Gallery

Tags: Android how to ios Whatsapp

Raja
View More Posts
Technology and Cybersecurity Enthusiast with a passion for writing and sharing knowledge. Podcasts occasionally and loves to keep watching the same TV series over and over again during my free time.