VPN apps are one of the easiest ways to enable users to access restricted websites or access applications or programs from their company or education site from a different location.

A VPN is a Virtual Private Network, which is a technique where the app you have installed on your Android smartphone would create a virtual network and by using something called a proxy and would route your internet connection through a secure and private tunnel network.

This technology allows you to access these blocked websites on your mobile network as it would use the proxy and route your connection through a server at an optimal location at a different country where the websites you are trying to visit are not restricted for access.

Apart from accessing blocked and restricted websites through your mobile network from your Android smartphone, a VPN app also has a few more additional advantages.

It will make your internet connection more secure, private, and anonymous which would make it difficult for anyone trying to track or spy on your network.

Also, using a VPN app on your Android smartphone could actually have the possibility of increasing your download and surfing speeds in some instances if you are accessing websites and mirrors from an optimal location through the VPN app.

So, now that you have known what a VPN is and how you would benefit from installing a VPN app on your Android smartphone, here are some of the best and popular free VPN apps for Android for you to choose from.

AIR VPN is a completely free VPN service app for Android which allows you to access any blocked or restricted website from your smartphone network for free.

The UI is extremely simple with just an on and off switch as soon as you open the app for you to be able to enable or disable the VPN connection on your Android smartphone.

The app also allows you to bypass any firewall restrictions or filters that may have been enabled on your network connection.

The app allows you to choose the server location of the country you would want to enable the VPN connection from and you have over 100 options to choose from. 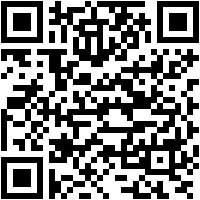 Bestline is an interesting VPN Android app with free unlimited VPN access with no bandwidth or server limitations and has a beautiful UI with a dark theme-based design.

The app allows you to create a VPN connection and access any blocked website or restricted app on your Android smartphone.

For example. you would be able to use Spotify in India by using the Bestline VPN Android app on your Android smartphone.

The Bestline VPN app supports proxy connections in over 10 locations across the world and has over 300 cloud-based proxy servers worldwide.

It allows you to have access to the internet in a secure way with increased surfing and downloading speeds over your mobile network.

Plus you do not need to register or sign in to be able to use the VPN Android app which makes the whole process more simple and seamless. JustVPN is one of the few free VPN Android apps in the Google Play Store that constantly updates their apps with new features and enhancements.

The app offers free unlimited connection over the VPN without any bandwidth limitations or restrictions on your sessions.

The developer claims that they do not log any of your browsing data and they provide military-grade encryption for providing you with a secure connection.

You can also use the app to create fake or vanish IP to protect your device over vulnerable and weak connections like public hotspots or temporary WiFi connections.

The app also does not have any P2P restrictions which means you can use the app to establish a VPN connection on your Android smartphone to download torrent files over the network which would not normally be possible. One interesting feature in the Surf VPN Android app for Android is that it has a separate section inside the app called Smart Proxy.

You can add or remove apps in this section enabling only the apps in the Smart Proxy list of the Surf VPN app to be able to access the proxy and thereby benefit from the secure VPN connection provided by the Surf VPN.

By this, you can protect your data and restrict certain apps from being detected by the VPN connection like banking or finance apps. The app has a strict no-logs policy and also its secure encryption feature makes sure that no one, not even your internet service provider would be able to track you online or spy on your activities in the mobile network. Raja
View More Posts
Technology and Cybersecurity Enthusiast with a passion for writing and sharing knowledge. Podcasts occasionally and loves to keep watching the same TV series over and over again during my free time.

How To See Who Viewed Your Instagram Profile in 2021